2022 Guide to Removals in Scotland 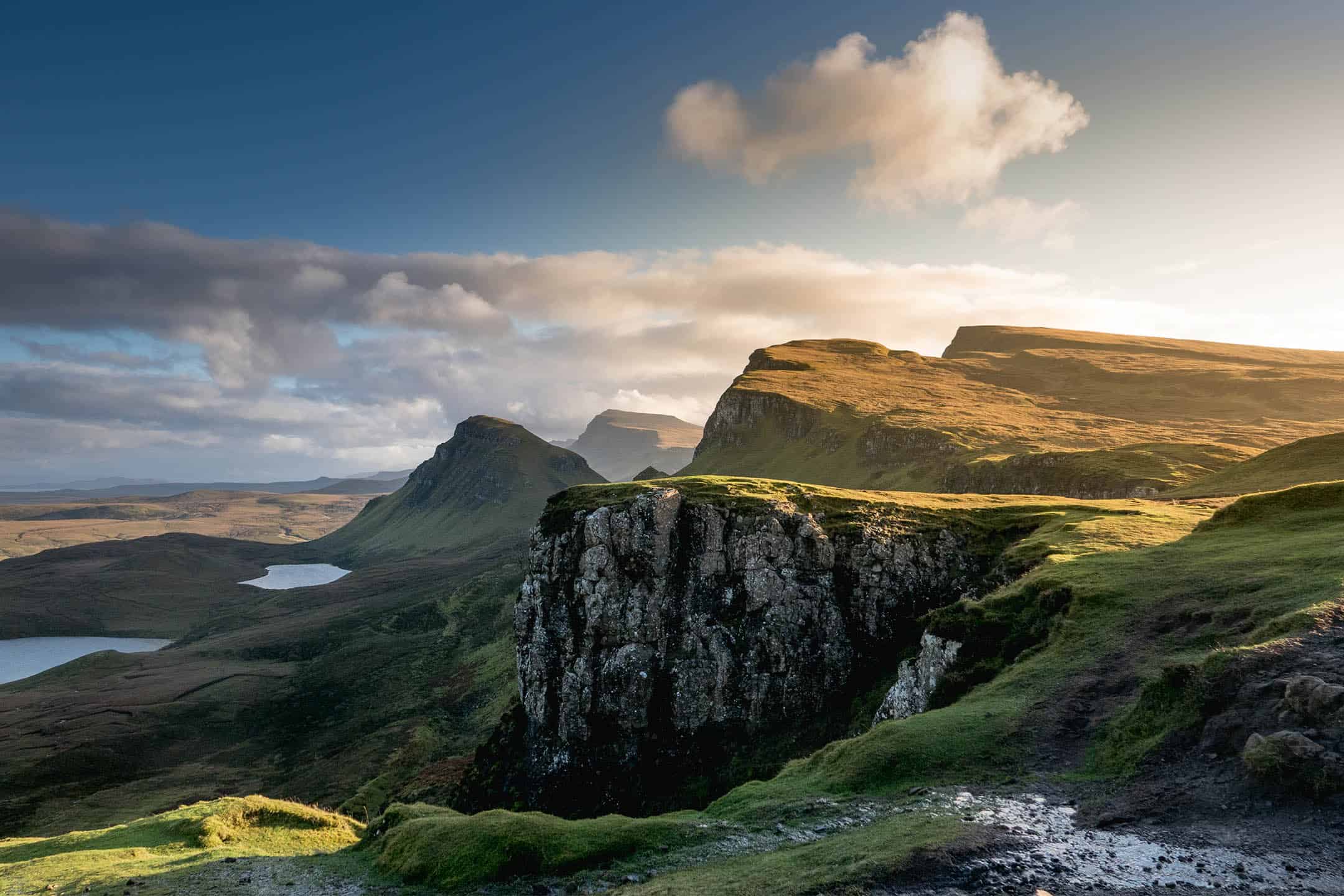 2022 Guide to Removals in Scotland

Many are drawn to Scotland for its unique blend of vibrant, bustling cities, rolling landscapes, sparkling lochs and spectacular scenery. Scotland also stands out for its proud heritage and deep-rooted traditions. And some say it’s one of the best ‘wee’ places in the world. But before relocating to Scotland it is worth doing some research.

In this guide to removals in Scotland, we look at some key facts about Scotland and consider what makes Scotland so unique, why people want to relocate to Scotland, and what life is like living in the northern third of the island of Great Britain.

As you plan on relocating in Scotland, it is important to consider the economy of the country. Scotland’s economy has generally been aligned with that of the rest of the UK. Some of the biggest industries in Scotland are agriculture, forestry, fishing, oil and gas, whisky production, textiles, and electronics production. The largest employers include SSE Energy Services, Scottish Power, Bank of Scotland, and Aviva Insurance. The country has a very low unemployment rate of around 4%, so, if you have the right experience, you can expect to find work relatively easily.

The Weather in Scotland

Scotland is a beautiful and diverse country to live in. It is filled with warm and friendly people, vibrant cities, and spectacular scenery. And although the Scottish weather carries a sometimes-bad reputation, the country does in fact experience warm and humid summers, with up to 18 hours of sunlight per day, which often surprises visitors. It is however partly cloudy all year round and the winters can be very long, cold, rainy and windy, with thick clouds and plenty of snow, and at the height of winter, just 7 hours of day light per day.

Scotland is extremely safe for locals and foreigners. According to statistics, the country has a crime rate of about 45 crimes per 1,000 people, which is almost half that of England and Wales. The overall crime rate in the UK was 79.52 per 1,000 people in 2021–2022. But although Scotland is generally safe, you should still follow common crime prevention tips. For example, you should always lock up your house before leaving and should use a door viewer before you open your door. You should also walk on well-lit streets and carry a signaling device like a whistle.

The People of Scotland

Scotland is known worldwide for its warmth and hospitality and the Scots just have a way of making you feel at home, with their enthusiasm and friendly nature. The Scottish people also love a party – from Hogmanay (New Year’s Eve) and music and film festivals, such as the Edinburgh Festival Fringe, to more intimate Burns’ Suppers and St Andrew’s Day celebrations, there is always something going on and an event to attend.

Scotland has a population of over 5 million people, and about 60% of these identify as Scottish only. Glasgow is the largest city in the country and has a population of about half a million. While more than 170 languages are spoken in the country, including Arabic, Bengali, Cantonese, Dutch, Farsi, French, German, Hebrew, Hindi, Italian, Japanese, Kurdish, Makaton, Mandarin, Punjabi, Polish, Spanish, Turkish, Urdu and many more, Scotland has three official languages, and these are English, Scots, and Scottish Gaelic. The life expectancy rate for people born in Scotland is 77 years for males and 81 years for females. In the most recent statistics, 54% of the population identified as Christian, and 37% reported having no religious affiliation.

Healthcare in Scotland is mostly provided by NHS Scotland, the public healthcare system of the country. The majority of the healthcare provision in the country is paid for through taxation. As long as you are employed or self-employed, you will be able to access free healthcare, along with your spouse and immediate family. The NHS in Scotland has gained a reputation for being highly efficient.

You should also evaluate the state of the public transport system when relocating to Scotland. Airports in the country are modern and well equipped, the Scottish rail system is reliable and organized, and the bus systems across Scotland are efficient and economical.

Plenty of transport services operate across the border to make international travel easier and more efficient. The main airports in Scotland are Aberdeen, Glasgow, Edinburgh, and Glasgow Prestwick. Internal flights are available between cities on the mainland, and also to the island groups, making travelling within Scotland itself easy. Trains and buses are however more cost-effective, with networks linking many of towns and villages across the country and main lines running north and south through the east and west.

Scotland is a great place to grow your career. The country offers job opportunities across a wide range of sectors, including healthcare, teaching and education, technology, and sciences. The creative sector is also well developed, making jobs in fashion, the arts, music, photography, and television more accessible.

Employers in Scotland offer their employees a pension scheme to prepare them for retirement. Everyone is automatically enrolled in the programme, although there is an option to opt out. The Scottish Government also offers workers in the country a state pension, and you will be eligible for this once you reach the age of 65. Other benefits you will enjoy as an employee in Scotland are paid annual leave, sick pay, maternity pay, and dental care.

Buying a House in Scotland

Whether you are relocating within Scotland or coming from another country, it is worth seeking independent guidance when buying a house. The first thing you should consider is your budget. Properties in the country have been going up in price, but with the help of a new home budget planner, you should be able to understand what you can afford.

There are also a range of mortgage brokers in Scotland that lend money to property buyers.

Remember that there are additional immediate costs involved in the purchase of a property, and these include survey fees, valuation fees, solicitor’s fees, and VAT. You also need to factor in the cost of removals in Scotland.

Renting a House in Scotland

If you are looking to rent a house in Scotland, here are some points to consider when choosing your home:

If you have children, you should also check whether the home is easily accessible for schools and nurseries. When viewing the property, it is important to inspect the general condition of the building and surrounding area. For example, make sure there aren’t any signs of dampness or mould. Also, ensure that the space is big enough for your needs.

While some may consider renting privately, rather than going through an agent, do remember that by going through an agency, you are offered more protection. An agency guarantees a certain security as they will be registered with a trading body or similar association such as the Landlord Accreditation Scotland (LAS), tht Royal Institution of Chartered Surveyors (RICS) or the Scottish Property Federation.

Scotland is made up of 15 regions offering a unique blend of rich culture and spectacular landscapes. It is also rich in ancient castles, remote wilderness and, for those who’ve tried it, challenging golf – Scotland is in fact widely promoted as the “Home of Golf”.

Scotland is made of seven cities; they are Aberdeen, Dundee, Edinburgh, Glasgow, Inverness, Perth, and Stirling. Regardless of where you choose to relocate to in Scotland, Doree Bonner is able to offer home and office removal services in Scotland, as well as storage in Scotland.

Let’s look at each of these cities.

This is the third-largest city in Scotland and is home to about a quarter-million people. Aberdeen is one of the safest places to live in the UK. Also known as the Granite City, it brings together a wide range of cultures. Given that is close to mountains and on the coast, it is a great choice for both energetic go-getters and those looking for more tranquility, peace and quiet.

Dundee is a compact city that is easily accessible on foot. Like most of Scotland, it has an excellent public transport system. A great reason to live in this city is the fact that it has more affordable homes compared to other large cities in Scotland. Some excellent universities are also located in this city, and they include the University of Dundee, Abertay University Dundee, and Dundee and Angus College.

Edinburgh is the capital of Scotland and was founded before 600 AD. It is a small, friendly city with many world-renowned attractions, historic sites and welcoming people. Set in the heart of the city is Edinburgh Castle, one of six world heritage sites in Scotland. In recognition of the striking quality and contrast in architecture and streetscape between the Medieval Old Town and the Georgian New Town, The Old and New Towns of Edinburgh gained UNESCO World Heritage status in 1995. The city teems with character and history, and elegant, sweeping Georgian architecture. You can even find homes in Edinburgh that date back to the 1700s.

Glasgow is the largest city in Scotland and the fourth-largest in the UK. Although the city is quite large, it offers affordable house prices, especially in comparison to similar cities around the world. The key job sectors in the city are manufacturing, healthcare, retail, finance, and business services. The University of Glasgow is a major education centre in the world and consistently ranks among the top 100 universities internationally.

Inverness is a safe and secure city, and it has been voted one of the best places to live in Scotland. The city is great for those who love nature and it is regarded as the capital of the Highlands. If you choose to relocate to Inverness, you will also get occasional opportunities to witness the Northern Lights. With so many primary schools, secondary schools, and colleges, this city is an excellent choice for families.

Relocating in Scotland – A Summary

With its rich history, beautiful scenery, world-class education and healthcare, there are many reasons to move to Scotland. The country has an excellent public transport system, and residents report very high levels of satisfaction.

If you’re thinking of relocating in Scotland, Doree Bonner’s removals and storage services, along with our state-of-the-art secure storage facilities, offer peace of mind, knowing that you’re in good hands and your transition will be a smooth one.

To find out more about how Doree Bonner International can assist with your upcoming move and the various services we provide, you can find out more here or request a free quote. Alternatively, please contact a member of our team for advice and information relating to your specific move requirements. We look forward to hearing from you.

Our recommended partner for currency transfers – at excellent rates – is Smart Currency Exchange. They are UK-based and authorised by the FCA. Opening an account with Smart only takes a few minutes, so why do it today? Then you’ll be ready to make international money transfers that are easy, fast and safe. Find out more here. 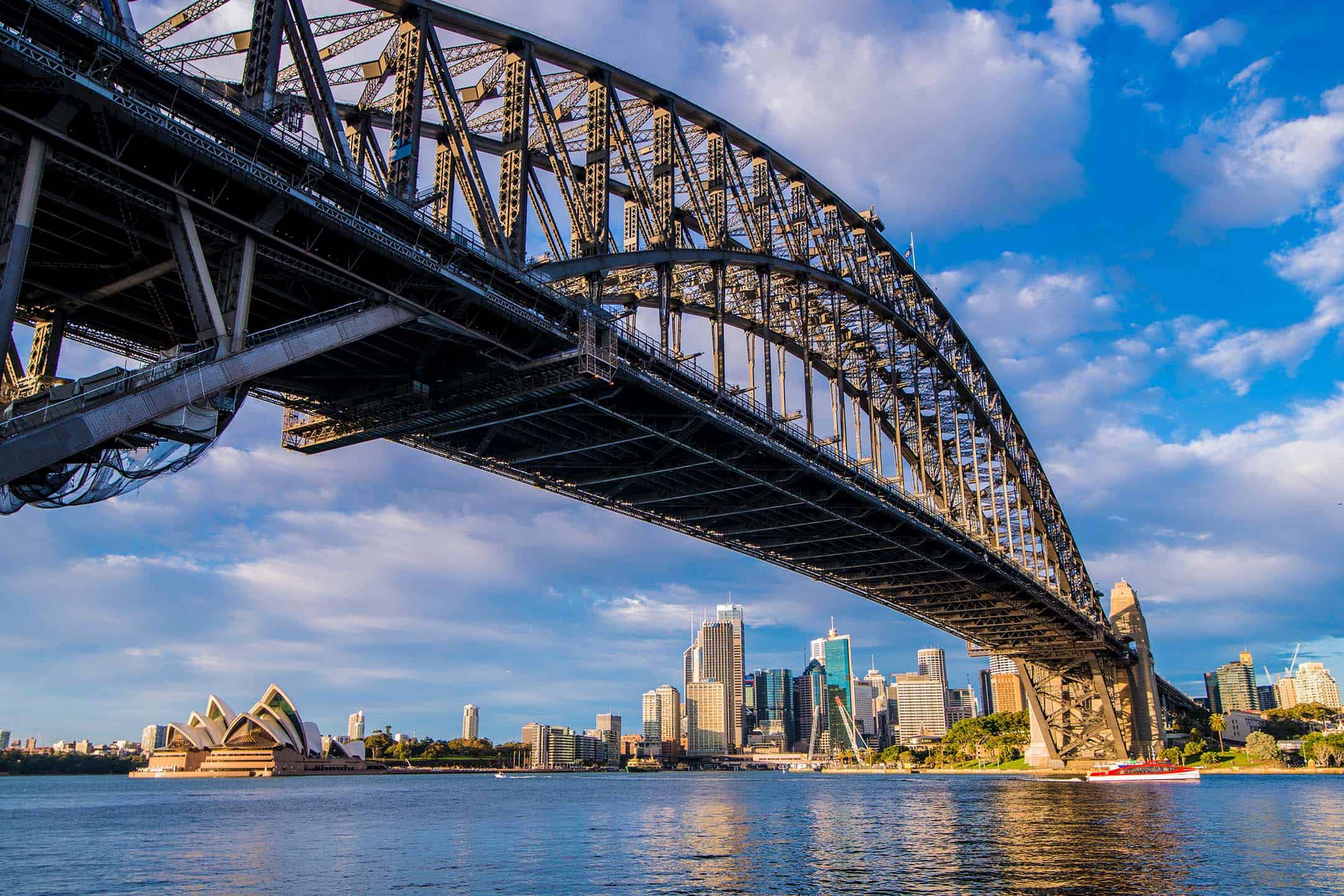 Immigrating into Australia: A 2022 Moving Guide

Living in Australia Many people relocate to the ‘Land Downunder’, Australia, because of its high standards of living and unrivalled natural beauty. The country
Read More 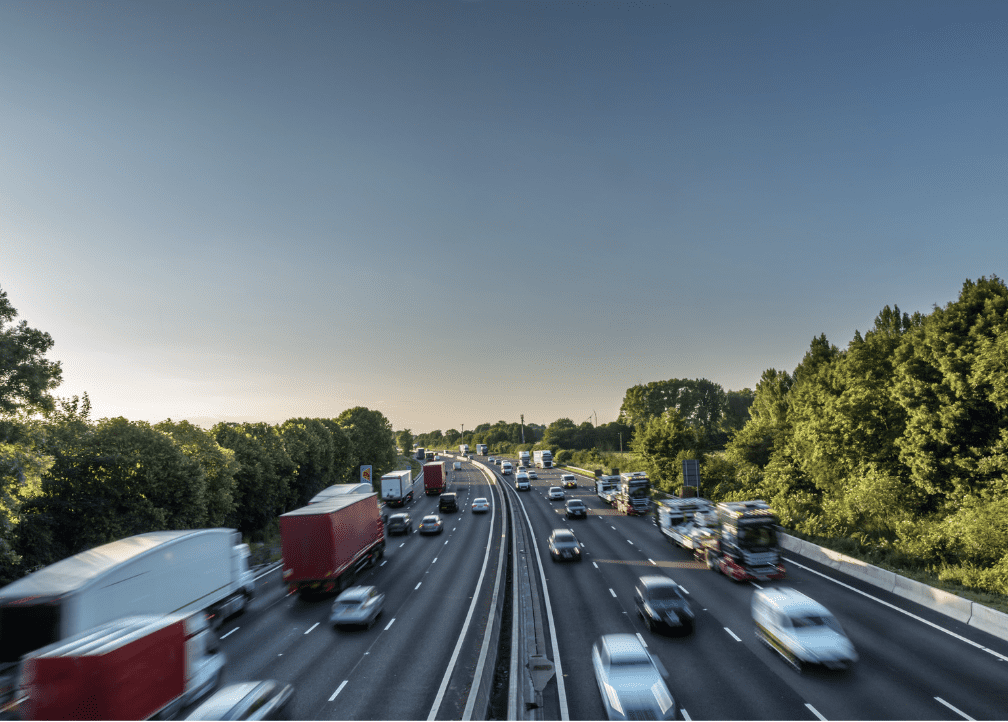 How to choose the best UK moving company for you

There are many moving companies in the UK, but how do you find the right one for you.  One who understands the complexity of
Read More 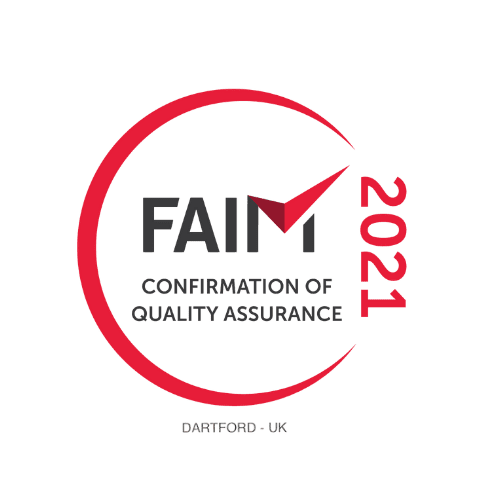 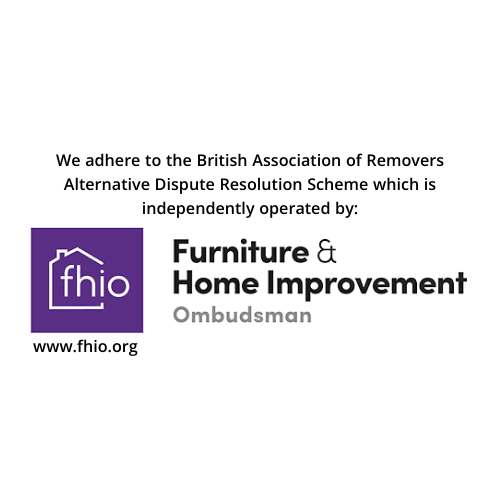 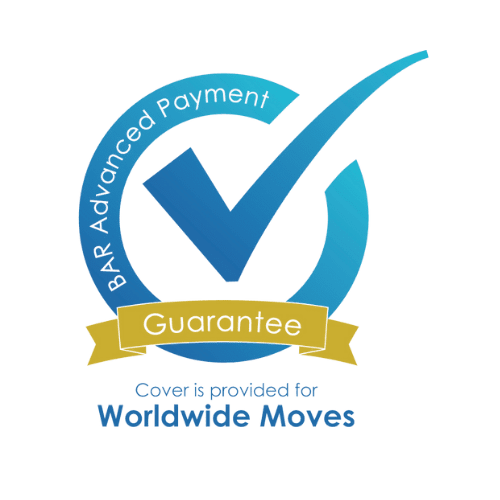 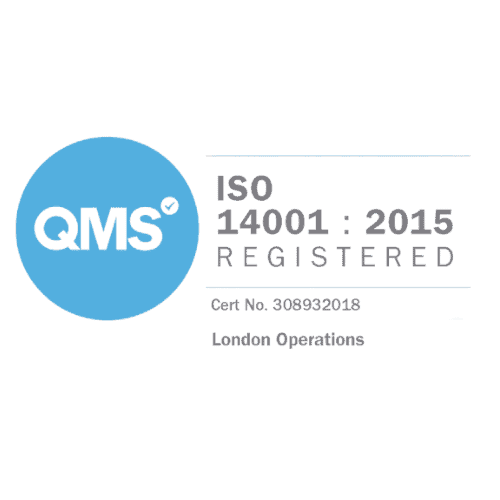